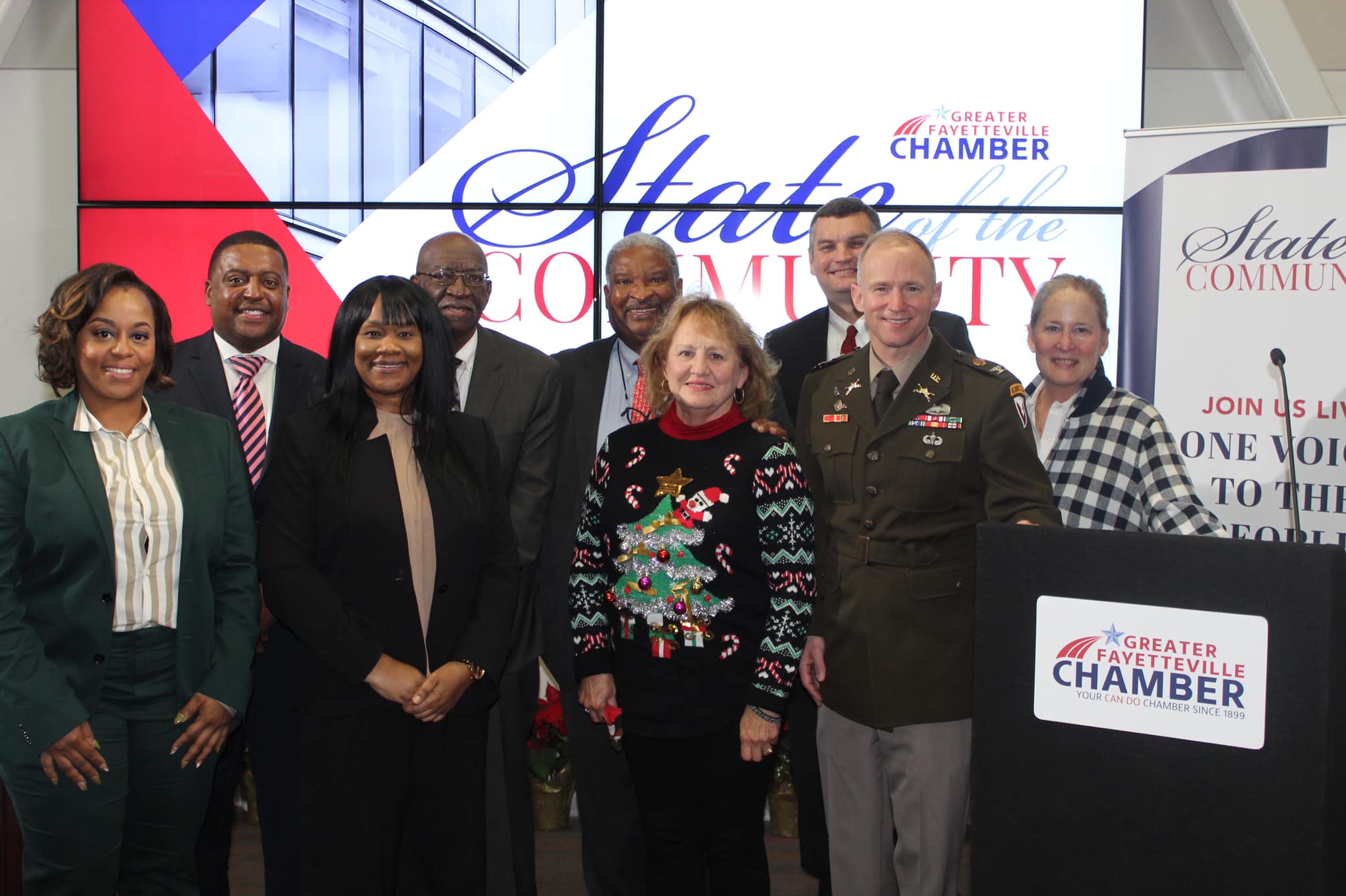 The annual State of the Community was presented last week with leaders from Cumberland County, Fort Bragg, Fayetteville, Spring Lake and Hope Mills all talking about the past year, what's to come and their biggest challenges.

Cumberland County Chairman Charles Evans spoke in a pre-recorded video about Cumberland County. He said that some of the accomplishments the county had, over the past year, included creating and running massive COVID-19 vaccination sites, implementing an Emergency Rental Assistance Program, creating a new American Rescue Plan committee, creating a military food policy council to address food insecurity among military service members and their families and addressing racial injustice and diversity initiatives. Looking forward, Evans was excited to announce that several companies like Metronet, Amazon and Cargill will develop jobs locally and invest in local businesses. Other future plans include the construction of a homeless shelter, new emergency services and 911 call center and entirely replacing the Crown Theater and Arena. The biggest challenge for the county is continuing to get clean water and sewer to all areas of the county. Specifically in the area of Gray's Creek.

"Getting water to Gray's Creek and other areas of the county remains a priority," Evans said. "The county is working to partner with available Public Works Commission to have utilities serve as the water supplier at Gray's Creek."

Mayor Mitch Colvin spoke live at the Greater Fayetteville Chamber about the state of the City of Fayetteville. Colvin said that the city made several investments in the community this past year. City wages have gone up to $15 an hour, over $50 million will go to the airport, a new aquatic center was built and $33 million was dedicated for public and government housing. Colvin confirmed that Amazon will be coming to Fayetteville, which will bring in an additional 500 jobs and $100 million of investment. He also announced that the Cape Fear River Trail will continue to be developed in the upcoming months. The biggest challenge for the City, according to Colvin, is getting people trained and having a ready workforce in Fayetteville.

Garrison Commander Col. Scott Pence spoke on behalf of the ongoing work at Fort Bragg. Over the past year, community meetings about the renaming of the base have been taking place but other positives, such as Smith Lake reopening this year and new strategies from the Army to help attract, retain and enable people are just a few positive takeaways. One major renovation the installation is looking at is the creation of Liberty Trail - a 14-mile loop around Fort Bragg. That trail will open in January. One concern for Fort Bragg is that one-third of soldiers, who are usually on deployment, are now at the post — creating a demand on resources.

Spring Lake Mayor Larry Dobbins spoke briefly about the town’s financial troubles but primarily focused on what the town needs to do in the future: restructure, rebuild, rebrand, regain trust and rebirth. Dobbins will be stepping down as Mayor later this month. Mayor-elect Kia Anthony will take his place.

Hope Mills Mayor Jackie Warner spoke about that change is happening in the town. Many officials have or will retire and the town will need to find new replacements for these town figureheads. In addition, a new City Manager, who is relatively unfamiliar with the area will need support. Warner says other challenges Hope Mills faces are the replacement of roads and dealing with traffic. Overall, she says the future is bright for Hope Mills continues to grow.