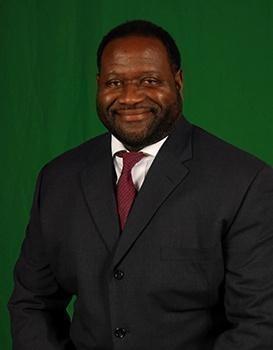 On a podcast in May, City Council candidate Tyrone Williams denied that the FBI investigated a secretly taped conversation in which Williams tells the project manager of the Prince Charles Hotel properties that he can make “a cloud” on a lien disappear for $15,000.

On the same podcast, Williams blamed his former wife for creating a false accusation about him molesting a 10-year-old boy and threatening to tell the media unless he paid more in child support.

But Billy West, the district attorney for Cumberland County, and Jordan Jones, the Prince Charles project manager, said the FBI did investigate Williams.

And Cumberland County court records show that an arrest warrant was taken out against Williams on Aug. 30, 2018, charging him initially with the felony offense of taking indecent liberties with a child. The alleged incident happened between Dec. 21 and Dec. 22, 2017, according to the court records. Williams was served the warrant on Sept. 11, 2018.

On Oct. 21, 2019, the records show, Williams entered into a conditional discharge on a charge of assault on a child under 12, a misdemeanor, and received 30 months of unsupervised probation, which came with specific conditions he was ordered to follow if he were to have the charges later dismissed. The records show that Williams did not meet those conditions.

On April 4 of this year, a judge revoked the conditional discharge and Williams was convicted on a misdemeanor charge of assault on a child under age 12. He was sentenced to 60 days suspended for 12 months and placed on supervised probation.

Williams, who reluctantly resigned from his City Council seat shortly after the audio recording of him surfaced, is again running for election in District 2. He faces incumbent Councilwoman Shakeyla Ingram in the July 26 general election. Ingram received 26.29% of the vote in the May primary. Williams was the second-highest vote-getter with 24.48% of the ballots cast, which qualified him to compete against Ingram in the general election.

Williams was reached by phone Tuesday but declined to comment about his past before politely hanging up. He was sent a text message asking him to call back. He responded, “Out at the poll helping my people.”

He was reached again Wednesday and said he would provide court records showing he was not convicted of sexually abusing the boy and then hung up again.

He is correct in that respect: The felony charge was lowered, and he pleaded guilty to misdemeanor child abuse.

Williams interviewed on a podcast

About 10 days before the primary, Williams appeared on a podcast – "UP Zone" – hosted by former Fayetteville Councilwoman Tisha Waddell; former state Rep. Elmer Floyd, who is again running for election to the state House; and former Councilman Wade Fowler.

During the podcast, Williams alleged that the audio recording of him offering to remedy a lien on the Prince Charles properties for $15,000 had been doctored.

“There was a lot of those cut-and-paste, and I didn't realize at the time, but that's something that can be done with audio. He can change places, names and words and put it together and paste it all together,” Williams said.

The “he” Williams is referring to is Jones, the project manager in the Prince Charles properties. Jones made the recording on his laptop in December 2017 during a meeting with Williams and a man identified as Fayetteville businessman T.J. Jenkins. Jones later shared the recording with The Fayetteville Observer and the FBI. He said the recording had never been doctored.

Jones said he met multiple times with the FBI to discuss his dealings with Williams. West, the district attorney, also said the FBI investigated Williams. Jones and West said they do not know the outcome of the investigation. An FBI spokeswoman said she could neither confirm nor deny that Williams was investigated.

Williams: ‘There was no FBI investigation’

“There was no FBI investigation,” Williams said during the podcast. “This was City Council. I was never charged with anything, never was any bribing. I didn't get a call from the FBI. This was all council.”

Williams also denied during the podcast that he abused a boy, but he didn’t say that he was convicted of misdemeanor assault on a child a month earlier. He also didn’t mention that he had been given the opportunity to have the charges dismissed if he abided by the conditions of his probation.

One of those conditions was that he complete 24 hours of community service within 120 days. Williams said in the telephone interview Wednesday night that he mistakenly did his community service work through an organization that had not been approved by the court.

Williams said he did nothing inappropriate with the boy. He said his former wife threatened to tell the media he had abused a child unless he paid her $2,800 in monthly child support. If he agreed to her demands, Williams said, his ex-wife told him she would “squash the story.” He said he didn’t agree, and the story went public. Williams’ former wife could not be reached for comment.

According to a grand jury indictment, Williams “did unlawfully, willfully and feloniously take and attempt to take immoral, improper and indecent liberties … for the purpose of arousing and gratifying sexual desire” with a child under the age of 16.

Despite his conviction, Williams denies that ever happened.

“It was actually nothing more than grabbing him and sitting him down and disciplining him,” Williams said. “But she (the ex-wife) took it to another level and had no evidence of anything.”

Williams insists that he was convicted only of hitting a boy — not sexually abusing him — and emphazied that the original felony charge of taking indecent liberties with a child was lowered to the misdemeanor charge of assault on a child under age 12.

The matter of a lien

In the matter of the lien, Williams said he loaned former Prince Charles owner John Chen $100,000 for work that needed to be done on the then-ailing hotel. He has said publicly that he both didn’t get repaid and that he did get his money back. Records show that he was paid and that any liens on the property had been satisfied before Prince Charles Holdings bought the properties.

Williams also has said that another $15,000 worth of work he did for Chen was canceled when the hotel was sold to Jones’ company.

Then why did he tell Jones he could clear up the lien for $15,000, according to the audio recording?

“So looking forward, you'll see that the property transferred without having the lien released,” Williams said during the podcast. “So what happened was an individual tried to get a loan on the property and the lien came up. I got a phone call (that) the lien needs to be satisfied before we can fund it.”

Jones said there were no outstanding liens on the properties when his company — Prince Charles Holdings Inc. — bought them. Those properties are now the sites of Segra Stadium, the renovated hotel and a parking garage.

Williams said on the podcast that he wants to return to the City Council because he believes District 2 has fallen deeper into social ills and he believes he can help fix the problems. The district includes the B Street, Old Wilmington Road and Massey Hill communities, some of the city’s poorest areas. Williams said he moved back to the district from Norfolk, Virginia, some years ago to be closer to his family.

“I rode through my district and it looked worse than ever,” he said. “The people I know, the people I talked to, was doing far worse. Homelessness everywhere, poverty everywhere. It's like it's been totally let go. … Mental health is everywhere on the streets. It’s like we forgot about District 2.”

Jones said he was surprised when he heard that Williams is running again.

“We do live in a democracy, so it is up to the voters to decide what to
do,” he said. “If I was a resident of District 2, I would not be voting for Mr. Williams.”