To The Editor: Budgets and Unemployment 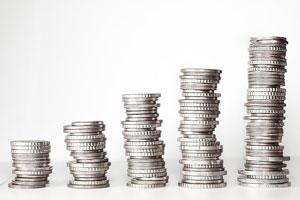 Dear Editor: Any chance the editor can pass along to Karl Merritt that Trumps fiscal year and budget does not start until October? He seems to be unaware of either that and what that might entail, in this article where he complains about the media unfairly condemning Trump.

To explain like Karl is five years old: With Trumps fiscal budget not even being a factor this year (due to this starting in October) in regards to our low unemployment numbers and strong stock market means that this is the product of Obamas presidency. Not Trumps.

A correction should be made in your publication, because that type of mistake is just embarrassing and the result of fake news. Please have your contributors research their “facts” and provide sources in the future.

Dear Editor: The comments here are in response to a letter to the editor of Up & Coming Weekly from a reader whose first name is Cassie. She took issue with statements I made in my recent column titled, “Searching for Why America is Off-Course.”

The objection appears to be to my giving President Trump credit for the lowered unemployment rate and record high levels in the stock market. She contends that credit should go to former President Barack Obama.

Regarding both these objections, I contend that the record is clear that Trump’s agenda and his actions are the drivers of lower unemployment rates and the stronger stock market. In the matter of the stock market, consider the following quote from an article by Eshe Nelson, May 25, titled, “Six months later, the ‘Trump trade’ is over.” “To be fair, currency traders were never as pumped by Trump as stock traders were. Trump’s pledge to cut taxes, spend big on infrastructure, and slash regulation sent stock markets surging to record highs—the “Trump trade,” as it came to be known.” This statement reflects the assessment rendered time and again by various sources.

As to reduced unemployment rates, Cassie does not deny gains or that the outlook is good. She challenges attributing this positive outlook to Trump.  Again, support for my position is plentiful. One source is an article by Paul Davidson, March 14, titled, “Trump’s agenda spurs CEOs’ hiring and spending plans.” It states:“The nation’s top CEOs stepped up their hiring and investment plans in the first quarter amid a burst of confidence over President Trump’s pro-business agenda, showing no signs that early political roadblocks had dimmed their optimism.

Forty-one percent of CEOs plan to increase hiring in the next six months, up from 35 percent in the fourth quarter, according to a Business Roundtable survey. Just 18 percent expect to reduce employment, down from 30 percent late last year.

And 46 percent of the top executives intend to increase capital spending, up from 35 percent. Just 13 percent plan to rein in such investment, down from 21 percent.”

As Cassie contends, I have heard others say that our improving economy is due to the actions of Obama. Obviously, I disagree and hold that information referenced above is representative of a body of commentary in support of my position. The bottom line is that Trump’s actions, along with his agenda, created an atmosphere conducive to improving the economy. I find it amazing that progress has been made in spite of Democratic obstruction and the multitude of ongoing efforts to destroy Trump’s presidency.

To this point in my response, I have not addressed Cassie’s contention that Trump not having submitted his first budget is a relevant consideration in her objection to what I wrote. I have not addressed it because I did not mention “budget” in my column and nothing presented above references the budget process. Items in Trump’s agenda will be affected by budgeting, but I do not see how that is relevant in this discussion.

As for her “To explain like Karl is five years old” statement regarding budgeting and the fiscal year arrangement, I served 21 1/2  years in the U.S. Navy as a Supply Corps officer. In two assignments, I was comptroller. My responsibilities included budgeting for and expending millions of dollars. I understand budgeting and fiscal years.

I appreciate feedback regarding what I write, whether that feedback agrees or disagrees with me. My aim, however, is to prompt thoughtful, productive examination of issues so that problem-solving civil discourse results. A major destructive force to this process is when the feedback is lacking in fact-based reasoning and/or conveys personal insults. In my estimation, Cassie employed both of these destructive tactics. I suppose the tactics are intended to intimidate me into silence. We are, in part, disintegrating as a society because far too many people in America use this approach. Those who will inherit this country from us deserve much better.