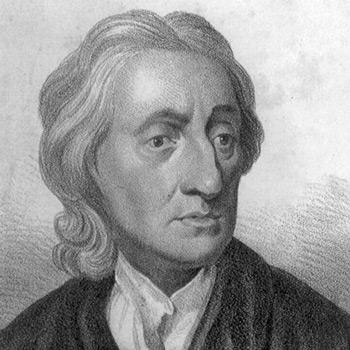 “Can I speak to Mr. Locke?” During the quarter-century that I served as either president or vice president of the John Locke Foundation, we got such calls on regular basis.

Some actually wanted to talk to me and just mistook one twosyllable name beginning with “John” for another. But others thought the John Locke Foundation was a charitable foundation named after a wealthy benefactor and hoped a personal call might get them money for a local project or a school trip.

Still others believed John Locke was a former government official who had set up a think tank to advance his political philosophy, and wanted to talk to the “big man” rather than settle for a subordinate.

My standard response to the question was that callers would find it challenging to set up a conversation with Mr. Locke unless they believed in séances. He died in 1704.

John Locke was, in fact, a former government official who devoted much of his life to advancing his political philosophy of limited government and individual liberty. But independent research institutes didn’t exist in his day. While much of his early career was spent as a scholar at Oxford, Locke did most of his writing on philosophy and government – and performed most of his public service in appointive posts – as an aide to a powerful English statesman and political activist named Anthony Ashley Cooper, the first Earl of Shaftesbury.

Locke originally joined Shaftesbury’s household and political retinue as his personal physician, and Locke helped save his life after Shaftesbury’s chronic liver condition grew acute enough to require surgery. Later, during the late 1660s and early 1670s, Locke helped Shaftesbury oversee the new Carolina colony, write its constitution and even design the street grids and land-use rules for Charleston and other cities to be founded across the Carolinas.

When Shaftesbury began contesting power with other English politicians and the Stuart monarchy, Locke again helped him plot strategy and convert abstract philosophical ideas into distinct principles and concrete proposals. Locke would later influence Western philosophy with his own powerful writings, both on questions of how we can come to know the truth of things (epistemology) and how the coercive power of government ought to be used to protect individual rights and serve the public good (political philosophy).

When the North Carolinians who founded what would open its doors in early 1990 as the John Locke Foundation discussed the potential name of the North Carolina think tank, we considered a variety of options. Some state-based research institutes have simple, descriptive names, such as those of our neighboring peers the South Carolina Policy Council and the Georgia Public Policy Foundation.

Other think tanks honor American founders or other historical figures from the states in question, such as New Hampshire’s Josiah Bartlett Center for Public Policy, which is named after New Hampshire’s famous former governor, chief justice and signer of the Declaration of Independence. The president of the Josiah Bartlett Center happens to be a former John Locke Foundation colleague, Andrew Cline.

In the end, we decided on John Locke. He never ventured across the Atlantic. But as the founder of political liberalism, and with some historical ties to the Carolinas, Locke was just the right fit.

As our philosophy is usually called conservative, why choose a liberal namesake? Because the classical liberalism of Locke helped to shape what is now termed modern American conservatism.

During the 17th, 18th and early 19th centuries, when liberals and conservatives competed for office and influence, they were debating the proper balance between liberty and order. But the rise of socialist, populist, and progressive movements in the late 19th and early 20th centuries pushed classical liberals and conservatives into an alliance to defend limited government and market economics.

One Carolina legacy of John Locke and his patron Anthony Ashley Cooper is the iconic city of Charleston, nestled between the Ashley and Cooper rivers. The other can be found further north, in the think tank whose board I still proudly chair.