Ronald Reagan got it right regarding government 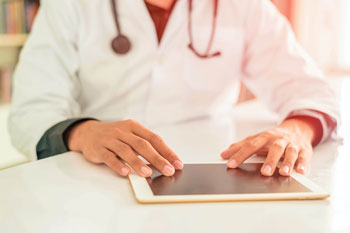 Events surrounding our state’s current budget process, as of this writing, remind me of the truth in a statement by President Ronald Reagan: “The most terrifying words in the English language are, ‘I’m from the government, and I’m here to help.’”

In a column titled “People over politics: Local delegation advocates for Fayetteville and Cumberland County’s future,” Bill Bowman and Jeff Thompson addressed the status of North Carolina’s 2020-22 budget. The column appeared in the July 3, 2019, edition of the Up & Coming Weekly. The writers reviewed the benefits to Fayetteville and Cumberland County that are in the budget approved by the General Assembly but vetoed by Gov. Roy Cooper, D-N.C.

Those benefits were summarized as follows: “The 2020-22 budget presented by the North Carolina Legislature brings more than $132 million in projects that benefit diverse aspects of our community. In a rare show of unity, their vision and ‘people over politics’ leadership style has netted us big and long-lasting benefits, including projects that, once completed, will net Cumberland County $20-$40 million a year in additional revenues.”

Cooper primarily vetoed this budget because the General Assembly has not agreed to expand Medicaid in North Carolina. Some 37 states, including the District of Columbia, have adopted expansion. By the time this column is published, the General Assembly will likely have acted on overriding the veto.

No matter how that vote goes, I contend Medicaid expansion is another issue driven by what is popular with citizens, but not based on their exposure to and examination of the facts relative to the matter. As I have contended time and again, the vast majority of politicians specialize in playing to the emotions of people and withholding discussion of information that will allow for informed decision-making by citizens. This condition is exacerbated by far too many entities and personalities in media joining with politicians in this information-denying appeal to emotions.

Now to look at how this information-denying, while appealing to emotions, plays out in Cooper’s veto due to the Medicaid expansion factor. His basic argument is that Medicaid expansion will provide medical care to a large number of North Carolinians, produce jobs, help struggling small hospitals survive and that the federal government will pay 90% of the cost. That paints a very attractive picture. Extremely relevant is what comes to light when one delves into the facts.

First, unpack the 90% payment by the federal government. Republicans contend that there is the real possibility that this payment will not continue forever and that the state will have to, at some point, pay all or part of that 90%. My personal experience says this is an extremely reasonable concern. I joined the U.S. Navy in 1969. The promise made to me was that if I stayed to retirement, I would be provided health care for life. I never expected that health care to be free. However, it seemed reasonable to think that the health plan in force at the time of my retirement would remain basically the same for the rest of my life.

Starting at retirement in 1991, my health care plan had an annual deductible of $150, paid 80% of my outpatient medical expenses and all but a small amount for inpatient care. I carried a supplemental at $35 to $40 a month, with a minimal deductible, to cover what was not supported by TRICARE, the military health insurance program. With me having no means of objecting, the federal government, in 2001, changed the TRICARE plan so that when I reached age 65, I was automatically moved to TRICARE For Life.

Under this program, TRICARE became my secondary coverage and Medicare became the primary. That shifted me to paying, initially, $104 per month plus the $150 TRICARE deductible. That started seven years ago. Over those seven years, the monthly cost has gone from $104 to $135.50.

At the bottom line, the government, in my estimation, dramatically changed my health care plan from what had been very reasonably expected based on the initial arrangement. Simply put, I contend Republicans are on solid ground to be concerned that the federal government will do exactly the same kind of thing with regard to the 90%. The likelihood of this happening is compounded by this nation’s growing debt, while absolutely nothing is being done about slowing or reducing it. Even further, there is the total mismanagement of the Social Security program. Should anybody believe the 90% will go on without a major shifting of financial responsibility from the federal government?

Second, without a sufficient number of doctors, Medicaid expansion suffers or just does not work. Part of the reason I still live in Fayetteville is that I have extremely good doctors. I am afraid that if I move elsewhere, I might not be able to find equally capable doctors who will accept TRICARE For Life. I know firsthand that this program pays doctors pennies on the dollar of what they claim for treating patients. During one of my medical procedures, a friend who is an anesthesiologist oversaw my being put to sleep. TRICARE paid him about 25% of the amount he billed.

Further, my mother retired after teaching in the public schools of Georgia for more than 30 years. After her retirement, Georgia changed her health insurance from an arrangement that had served her well to a Medicare arrangement that I could never figure out, even after reading many pages of information. My wife and I moved my mother from Georgia to Fayetteville when her cancer made it impossible for her to live alone. In an attempt to find a capable doctor for her in Fayetteville, I asked a friend in the medical field who she would recommend.

I contacted the office of the doctor she recommended. The lady who answered the phone explained that the doctor was not accepting any new Medicare patients. My mother ended up seeing the physician’s assistant in that office. The PA was very capable. However, the PA realized my mother’s condition was such that she needed to be seen by the doctor and called him in. My mother only got to see the doctor because of the PA’s action. She died six weeks after coming to Fayetteville.

I had a similar experience finding a doctor for my father in Albany, Georgia. Several years before this search, I had found a very good doctor who saw my father for many years under Medicare. That doctor left the area and I needed to find another. I read reviews on doctors in the area and called the offices of the seven doctors with the best reviews. Not one of them was accepting new Medicare patients. The best I could find was a clinic that did not have a strong reputation.
I have talked about TRICARE and Medicare. The point is that it is difficult to find doctors who accept patients under these programs because they pay doctors so little. Medicaid has the same low payment problem, and participants experience difficulty finding doctors.

Another concern is that Medicaid, by state, makes substantial use of managed care plans. The following is from my internet search of “managed health care” and going to “What is a managed care organization example?” under “People also ask.”

“Managed care plans have arrangements with certain physicians, hospitals and health care providers to serve patients who are plan members at a contracted reduced rate. ... However, the choice of physicians, drugs and treatment are restricted.”

A column by Bill Bowman titled “Budget is not about Medicaid expansion: It is about politics” includes the following quote from Republican Rep. John Szoka as it appeared in his recent newsletter:

“Medicaid is a separate issue that is very complex and, in all honesty, has been a mess from the beginning. To put money into an already inefficient and broken program would be irresponsible in the least and an absolute travesty to the taxpayers of N.C., at its worst.”

The push for Medicaid expansion is simply another case of politicians employing class warfare and appealing to the pervasive entitlement mentality resident in American society. Essential to this strategy is the element of information-denying. In the end, what looks and feels like a good deal proves to be far from it.

Medicaid expansion is a case where Ronald Reagan’s warning applies: “The most terrifying words in the English language are, ‘I’m from the government, and I’m here to help.’”