Recognizing and eliminating what is senseless 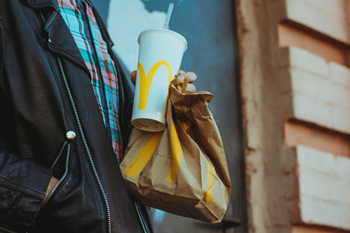 Hardly a day passes that I do not see or hear something that makes absolutely no sense to me. I came close, very close, to concluding that this was a rare condition, that I was pretty much alone in having this experience.

Then, on Thursday, Aug. 15, I heard Troy Williams’ comments at the start of his radio show. He is a member of The Fayetteville Observer Community Advisory Board; a legal analyst and criminal investigator. Williams is the cohost of a show on WIDU radio. Across the years, Troy and I have seriously disagreed on some political and societal issues. Consequently, it was a source of relief to hear what he had to say. He, like me, appears to struggle in making sense of so much of what appears to be senseless. I understood Williams to, maybe not in those exact words, say as much.

I was headed to a meeting and only heard his first example of senselessness. There was a post seen on Facebook calling for a boycott of several businesses due to their support of President Trump’s re-election. He pointed to McDonald’s as one company on the list and went on to explain that this is a franchise arrangement where individuals or entities below the corporate level own and operate locations. Therefore, boycotting McDonald’s could adversely impact people who have not, and do not, support Donald Trump. Bottom line, for Troy and me, is that calling for a nationwide boycott makes absolutely no sense.

Now that Williams has assured me that I am not alone in this struggle to understand so much that seems senseless, let me pursue this topic a bit further. What shows through in the McDonald’s example is the lack of fact gathering and thoughtful examination. Be aware, McDonald’s is not the only business on the list of those proposed to be boycotted. Some others are: Chick-fil-A, Taco Bell, Wendy’s, KFC and Pizza Hut. The list goes on. As best as I can determine, every company on the list is, for the most part, franchise based. That means Williams’ senselessness argument applies in each of these cases.

How, then, is it that there would be people on Facebook, and elsewhere, calling for a boycott that makes absolutely no sense? I would contend that the primary reason is that we do not, any more in America, consciously teach or encourage thoughtful examination of facts and reaching of sensible conclusions.

The truth of that statement is all around us, but here is one example that points to that truth. The following is from an article by Sarah Taylor titled, “Students sign petition to remove oppressive white stick figure from crosswalk signs: ‘We are told by the symbol of a white man when it is OK to cross’ the street.”

“The petition urged the university ‘to consider changing the crosswalk signs,’ because a white man telling students when it is OK to cross the street is oppressive.

“’As we students cross the street,’ the petition read, ‘we are told by the symbol of a white man when it is OK to cross. Many students from diverse backgrounds, including individuals of color, gender fluid individuals, and LGBTQA+ individuals, feel oppressed by this.’

“Many students were in favor of the petition. One educator was also on board with the proposed change. Just one student voiced dissent, saying he was ‘ideologically opposed’ to the idea of making the crosswalk sign more inclusive.”

What might thoughtful consideration of facts and consequences lead to in this situation? Suppose the white stickman were changed to black? OK … not black, since that would be difficult, if not impossible, to see. Remember, too, that there are white lines and lights all around. This proposal seems senseless to me, but was taken seriously by students at this prestigious university, even by a faculty member. Thought seems absent even in this higher education setting. Please view the video of the petition responses at https://www.youtube.com/watch?v=daRHqlBhucU to get the full impact of what this says about the lack of teaching and encouraging thought.

Since the petition-signing was an exercise with no consequence, one might put it aside and move on. However, this lack of thinking through carries over to real life with horrendous consequences. Consequently, that exercise should not be dismissed. The real-life indicators of thoughtlessness are all around us and the condition cries out for attention.

A prime example is what happened in Philadelphia, Pennsylvania, Aug. 14, when a man barricaded himself in a house and shot and wounded six police officers. This from an article by Madison Dibble titled, “Anti-Cop Hecklers Harassed Philadelphia Police ‘in the Midst of the Gunfire’ During Recent Shooting: Report.”

It read, “Anti-cop hecklers harassed members of the Philadelphia Police Department in the middle of an active shooting against officers, according to reporters at the scene.

“On Wednesday night, a gunman locked himself into a seven-hour standoff with police from his Philadelphia, Pennsylvania home. Six officers were wounded when the shooter opened fire into the crowd of officers attempting to coax him out of the house.

“During the seven-hour standoff, anti-cop hecklers harassed police as they tried to negotiate with the gunman to get him out of the house safely.

Alexandria Hoff, a reporter with CBS-Philadelphia, took to Twitter to express her ‘disappointment’ that a group would harass officers while they were in the middle of a gun battle.

“’I mentioned this at 10 and since I was harassed during that live shot, I’ll mention it here too. A major moment of disappointment this evening was watching a crowd of people taunt police officers, laughing and yelling at them in the midst of the gunfire. #PhiladelphiaShooting

In that last paragraph of the quote above, Hoff is saying this stuff is senseless. One has to ask what good did these hecklers expect to result from their disrespecting and interfering with police officers who were putting their lives on the line to protect those very hecklers. It is senseless.

Sadly, I could go on and on with these examples of senselessness. The possibilities are seemingly endless: Proposals for open borders; sanctuary city/state policies; free health care for illegal migrants; the push for socialist policies in America when they are failing around the world; federal government borrowing at a rate that will devastate the lives of young people who are alive today; giving more attention to the needs of people who break into America than to American citizens; re-electing politicians who do absolutely nothing by way of addressing the serious problems facing our nation. Again, the list is seemingly endless.

The point of all this is to say that we, as a nation, are inundated with senselessness at a level that should terrify and alarm every American. This is a call for all of us to recognize the senselessness that is all around us, see the causes, join together and defeat what is a colossal threat to the continued existence of this great nation.