Insist on work for aid 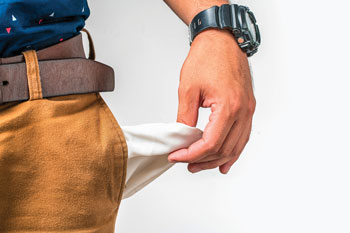 I don’t think North Carolina should expand Medicaid under the provisions of the Affordable Care Act. It’s the wrong response to the wrong problem, paid for in the wrong way — with massive federal borrowing.

But if North Carolina lawmakers choose to proceed with expansion, anyway — perhaps in response to political pressure from Gov. Roy Cooper or the promise of “free” federal money in perpetuity — they should at least insist on enforceable work requirements for new Medicaid recipients.
A number of Republican-led states included work requirements in their Medicaid expansions. The proposal currently making its way through the North Carolina House, H.B. 655, also requires work as a condition for able-bodied adults to receive coverage from Medicaid expansion.
Although North Carolina progressives have previously argued that expanding Medicaid on Republican terms is better than not expanding at all, they strongly dislike work requirements. So do their counterparts in other states. Indeed, the left has used litigation to block the enforcement of work requirements in Arkansas, New Hampshire and Kentucky.
Conservatives and progressives have been arguing about the proper size and scope of the welfare state for decades. Even when they agree that government should provide aid, however, they often disagree about the details. Which level of government should be primarily responsible for funding the program? Should it distribute cash, use a voucher-type instrument or directly provide services such as housing and health care? And to what extent should recipients be required to work or perform community service in exchange for government aid?
I have strong opinions about each of these questions. If this shocks you, then I welcome you as a new reader of my column. But for today’s purposes, I’ll focus on the latter question. For adults with no severe disabilities, work requirements in my mind aren’t just permissible. They are essential. They reduce the risk that welfare programs will breed dependency and perpetuate the cycle of poverty.

When a Republican-led Congress and Democratic President Bill Clinton reformed the nation’s cash-welfare programs in the mid-1990s, work requirements were a centerpiece of the strategy. Following the lead of successful welfare-reform initiatives at the state level, the federal legislation truly was a bipartisan accomplishment. But it had its progressive critics. They asserted that requiring recipients of the former program Aid to Families with Dependent Children to work would be both ineffectual and heartless.

They were mistaken. The subsequent Temporary Assistance for Needy Families program was a significant improvement over AFDC. According to new research from Princeton University economist Henrik Kleven, increases in workforce
participation by single mothers since the mid-1990s are more likely the result of welfare reform than of increases in the Earned Income Tax Credit, as some progressives contend.
Moreover, until court action interrupted the process, the pioneer state for work requirements, Arkansas, was effectively implementing them for Medicaid. The process included large-scale campaigns to inform potential recipients about the work rules and reasonable exemptions for recipients facing inordinate challenges such as natural disasters or caring for infirm family members.
Some North Carolina critics have questioned the efficiency of a work requirement, arguing that taxpayers wouldn’t save enough from lower Medicaid enrollment to offset the cost of administering the rule. They are missing the point. Work requirements aren’t intended to be punitive. They aren’t really about saving money. They promote personal responsibility and affirm the dignity of work.
If the General Assembly were to enact Medicaid expansion with a work requirement, it would be the responsibility of the Cooper administration to enforce it. North Carolina conservatives would be wise to doubt the success of such a venture. The governor is just as full-throated in his condemnation of work requirements as are progressives inside and outside the legislature. And attempts to block enforcement through litigation are sure to follow.
All Democrats and some Republicans in the North Carolina House favor Medicaid expansion. But be careful not to misinterpret that. There isn’t broad agreement on the details. They matter, a lot.

Conservatives and progressives have been arguing about the proper size and scope of the welfare state for decades.