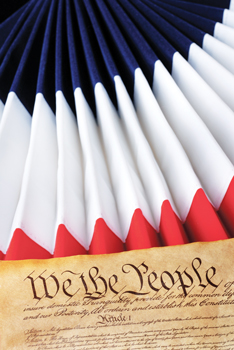 Column Gist: The way politics is practiced in America threatens the survival of our nation.

Without a doubt, the American form of government has proved to be amazingly effective. The measure of that effectiveness shows in what the nation accomplished in a relatively short period. The political component, as designed, is an asset to our form of government. A Google search yields this definition of politics: “…the activities associated with the governance of a country or other area, especially the debate or conflict among individuals or parties having or hoping to achieve power.” Our problem is that the current practice of politics is an existential threat to this nation.

It seems that “existential” shows up everywhere now. From grammarist.com, “An existential threat is a threat to something’s survival.” The indicators as to how the practice of politics, not the system as designed, threatens our survival as a nation, are present in abundance. However, how most politicians are responding to the horrendous challenge of COVID-19 lays bare the existential threat posed by America’s current practice of politics.

In the big picture, governors of many states, members of the House and Senate, mayors and liberal media personalities are railing against the Trump administration for allegedly not providing, in a timely fashion, sufficient ventilators, personal protective gear, virus testing capability and other actions needed by states to combat COVID-19. All of these entities and individuals present their outrage with total conviction that the federal government has a responsibility to provide these items, and other actions, in support of a health threat. Further, they have citizens — voters — convinced that doing all of this is a federal responsibility and, therefore, any failure to deliver can and should be blamed on President Donald J. Trump. None of these people bother to tell the American public that health care is not a federal responsibility under the United States Constitution.

I contend that this refusal to tell the people the “real story”— when doing so works against one’s political security and advancement — is the political norm in America. This political practice sets us up for exactly what we are experiencing in America: division, distrust, back-stabbing and far less effectiveness than should be the case.

A bit of looking back shows that states being responsible for health care was understood and applied. Following is from a research article titled, “The Role of State and Local Government in Health” by Drew E. Altman and Douglas H. Morgan:

State and local government involvement in public health began with the great epidemics of the late eighteenth and early nineteenth centuries. The first of these, the yellow fever epidemic in Philadelphia, struck in 1793, and epidemics of cholera, small pox, and yellow fever were frequent occurrences over the next fifty years. Initially, the government responded to these epidemics by instituting quarantine measures and efforts to improve community sanitation. Generally, these were directed by physicians appointed by the city or state government.

Note that the yellow fever plague mentioned above occurred after the U.S. Constitution had been ratified on June 21, 1788. The event was addressed by state and local governments.

Far more recently, an effort by Michael Bloomberg, while serving as mayor of New York, points to his understanding of local and state responsibility for health care. The following segments from an article by Justin Elliott, Annie Waldman and Joshua Kaplan titled, “How New York City’s Emergency Ventilator Stockpile Ended Up on the Auction Block” summarize what happened:

In July 2006, with an aggressive and novel strain of the flu circulating in Asia and the Middle East, New York City Mayor Michael Bloomberg unveiled a sweeping pandemic preparedness plan.

Using computer models to calculate how a disease could spread rapidly through the city’s five boroughs, experts concluded New York needed a substantial stockpile of both masks and ventilators. If the city confronted a pandemic on the scale of the 1918 Spanish flu, the experts found, it would face a “projected shortfall of between 2,036 and 9,454 ventilators.”

The city’s department of health, working with the state, was to begin purchasing ventilators and to “stockpile a supply of facemasks,” according to the report. Shortly after it was released, Bloomberg held a pandemic planning summit with top federal officials, including Dr. Anthony Fauci, now the face of the national coronavirus response.

In the end, the alarming predictions failed to spur action. In the months that followed, the city acquired just 500 additional ventilators as the effort to create a larger stockpile fizzled amid budget cuts.

I contend that this action by Bloomberg makes his understanding clear that health care is a state, and even local, responsibility.

COVID-19 comes upon us in this condition where the federal government is expected to solve problems for which it is not constitutionally responsible, not adequately funded and not sufficiently manned or organized to routinely address. States are constitutionally expected to be prepared for health emergencies such as this. The quickness with which so many governors and mayors started calling at the Trump administration to provide equipment and materials that states and cities should have been stockpiling, as Michael Bloomberg attempted to do, screams that they were not nearly prepared for this (or an even lesser event).

This is where the existential threat of America’s practice of politics shows through. It is in the actions of governors, such as Andrew Cuomo of New York state and mayors like Bill de Blasio of New York City. These leaders, and others at the state and local level, failed to prepare for a COVID-19 challenge. These people of influence do not acknowledge failure nor educate people as to state and local responsibilities and then work in unity with all who might contribute to solving the problems at hand. Instead, they complain vociferously about the federal government in general, but specifically about Trump’s performance in this crisis. There is an unbelievably high level of finger-pointing at Trump. Granted, as of April 20, Cuomo did make some positive comments over the past few days regarding Trump and federal support. However, this was done while insisting the federal government must provide more funding and support to states.

This is the state of political practice in America. It divides Americans, including politicians, into destructively, even hate-filled, competing groups, the result of which is a country that finds itself unable to, in an orderly manner, respond to a crisis. More importantly, we are losing the ability to carry on the routine functions of government. All of this poses an existential threat to this nation.