Paradise by the dashboard light 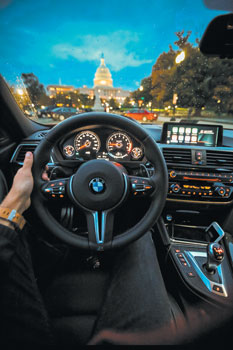 Watching Dr. Fauci testify before the Senate about what will happen if the country opens up too soon and the COVID-19 Cooties resurge got me pondering the Greek myth about Cassandra. Cassandra had the ability to predict the future — like Dr. Fauci. It got both of them into trouble. Let’s take a ride in Mr. Peabody’s Time Machine to see what we can learn from Cassandra about what lurks down the road for Dr. Fauci.

Once upon a time, in an Aegean Sea far away there lived a beautiful maiden named Cassandra. Cassie, as her friends called her, was not just an ordinary gal. Oh my, no. She was a princess, the daughter of the King Priam and Queen Hecuba of Troy. She was a very special lady. Pretty as a picture. But such a pity she as was considered to be a nut by the world. Her beauty put Snow White
to shame. She was such a looker that
she came to the attention of the god Apollo. You can probably see where this is going.

Apollo was smitten by Cassie. He had to have her. In an effort to woo Cassie, he wrote her a beauteous love song that was later stolen by Andy Griffith. Apollo took a bath, got all gussied up, dry cleaned his best toga and went to see Cassie at the king’s castle. Apollo stood outside the tower where Cassie was sleeping. He started plunking out a song on his lyre. For those of you who slept through Greek mythology class, a lyre is not a Washington politician. A lyre is sort of harp that Greek gods would play when they went courting their lady loves. Most of his song has been lost in the mists of time and swamps of the Potomac. The fragment that remains gets Apollo’s point across pretty well. Apollo sang: “Sure as the vine twines round the stump, you are my darling, Sugar Lump.” No gal, not even a Princess of Troy, could resist a suitor armed with such an amorous song.

Cassie came down from her ivory tower to see what Apollo was doing. He told her right then that he had to have her for his girlfriend. Cassie was intrigued but knew about Apollo’s reputation as a lady’s man like Freddie Mercury. She was concerned that any love affair with Apollo might not last. Being a smart gal who knew how to take care of herself like Sharon Stone’s character Ginger in the movie “Casino,” Cassie decided to ask for some insurance in the event things didn’t work out. Instead of getting a safety deposit box full of jewelry, like Ginger, Cassie asked Apollo to give her the gift of prophecy.

Apollo was so hot and bothered by the prospect of getting down with Cassie that he resembled Meat Loaf in his immortal song, “Paradise by the Dashboard Light.” Meat Loaf is out parking and smooching with his girlfriend in his car. Things are about to get jiggy. Mr. Loaf sings “Though its cold and lonely in the deep dark night/ I can see paradise by the dashboard light/ Ain’t no doubt about it we were doubly blessed/ Cause we were barely  17 and we were barely dressed.” Mr. Loaf sings a few verses using a baseball analogy about getting to first, then second, then third base. (Remember baseball?) He is trying to steal home when suddenly his girlfriend throws up a red flag.

She says: “Stop right there/ Before we go any further/ Do you love me? /Will you love me forever?/ Do you need me?/Will you never leave me?/ Will you make me so happy for the rest of my life?/ Will you take me away and will you make me your wife?” She concludes with the haunting lines: “What’s it gonna be boy?” Mr. Loaf is so worked up he promises her anything: “I started swearing on my mother’s grave that I would love you till the end of time/ So now I’m praying for the end of time so I can end my time with you.”

And how is Mr. Loaf’s song relevant to Cassie and Dr. Fauci, you might ask? Cassie promised Apollo some paradise by the dashboard light if he would give her the gift of prophecy. Apollo granted her wish. Then Cassie refused to live up to her end of the bargain to snuggle up with Apollo. Apollo was really cranky, but he couldn’t take back his grant of prophecy. So, he laid a curse on Cassie that even though she could accurately predict the future, no one would believe her. That’s why when someone is called a Cassandra it means that person is predicting doom and gloom.

Fauci’s testimony about the COVID cooties that will result from reopening America too soon puts him in Cassandra’s category. He is predicting troubles. Dear Leader doesn’t want to hear any of that kind of negative talk, he isn’t going to believe Fauci’s prediction. Magical thinking is the order of the day in D.C. Fauci better update his resume. Fortunately, unemployment benefits have been extended.