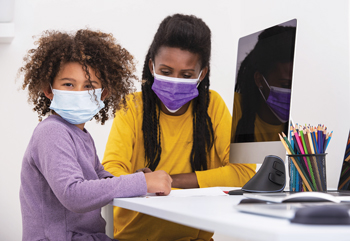 If you are among the minority of North Carolinians who haven’t supported the expansion of parental choice in education over the past two decades — in the form of charter schools, open enrollment among district schools and aid to private-school students who have special needs or modest household incomes — the challenge of COVID-19 presents you with an excellent opportunity to reconsider your position.

School choice isn’t some scary conspiracy or ideological scheme. It is a basic tool for addressing a practical reality: people are different. One size does not fit all.

Gov. Roy Cooper and his aides are grappling with this reality right now. Faced with the critically important question of how to reopen North Carolina schools for the fall semester, the administration initially sketched out three options.

Plan A would have all students return to school with “minimal social distancing,” which, in reality, would involve extensive daily precautions that will consume lots of time and resources. Plan B would limit schools to 50% capacity, in effect requiring students to stay at home for at least half the semester through some kind of alternating-day or alternating-week schedule. Plan C would keep schools closed for the semester.

Originally, Cooper set July 1 as the date he would announce which option would be the statewide default. School districts were to be allowed to adopt a more-restrictive plan but not a less-restrictive one. When July 1 arrived, however, the governor flinched. No announcement came.

For many students, parents, educators and employers trying to make plans for August and beyond, Cooper’s delay was infuriating. But it was also unsurprising. North Carolinians have varying needs, perspectives and tolerance for risk. We simply don’t agree on school reopening. According to a recent Elon University poll, about a third of North Carolinians agree with Plan A, just over a third with Plan B, and just under a third with Plan C. The views of parents are distributed similarly.

Whatever the statewide policy may be, a significant share of the population will disagree with it — passionately in many cases. That is precisely why there should be no statewide policy, at least not in the way state politicians have been thinking about it up to now.

Based on their comments, it is clear that Cooper and his aides have read the American Academy of Pediatrics guidance on school reopening. They know that, according to the best-available evidence, children face an extremely low risk of suffering serious symptoms from a COVID-19 infection and are very unlikely to transmit the virus to teachers, parents or other adults.

They also know that if schools do not reopen on a normal schedule, hundreds of thousands of North Carolina children will suffer. Many will fall further behind academically. Some will suffer harm to their physical and mental health. Moreover, many of their parents will be unable to care for them at home without losing income or even their jobs. The state’s economic recovery will stall. And the costs will be disproportionately borne by disadvantaged North Carolinians.

As you can tell, I remain firmly convinced that the state’s schools would be reopened under a light version of Plan A. But I also know, as do Cooper and his team, that many North Carolinians will disagree. Some parents will refuse to send their children back. They will insist on some other solution. And they have every right to do so.

Many districts are already planning to offer virtual academies with more-robust offerings than the meager fare the schools came up with during the spring shutdown. Private associations and vendors are doing the same, in response to record interest in homeschooling. Some private schools have long offered hybrid schedules and would welcome new enrollees. The state should expand opportunity scholarships, at least temporarily, to ensure greater access to that option.

I may not agree with the preferences of the more risk-averse parents, but I support their right to choose the publicly funded option they think best for their children. I always have.