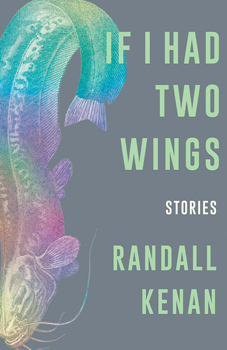 He had to tell me that my beloved Uncle Remus was not coming back — ever. Randall Kenan was jovial, kind and wise, not unlike the Uncle Remus he was taking away from me.

Kenan, died last week at a much too early 57. Like Uncle Remus, he was an expert on trickster stories, mainly based on legends from Africa and about animals and mischievous creatures who were cunning and smart and had an ability to somehow get around the powerful and the oppressive by tricking them.

That, I said, is just like Br’er Fox who tricked Br’er Rabbit into hitting and getting stuck in a tar baby figure.

I told Kenan that I loved these stories told by the old African American man to the young white boy, the son or grandson perhaps of the owner of the farm where Uncle Remus spent his life.

Kenan explained that the African-based trickster stories had been appropriated by a white man, Joel Chandler Harris, who put the stories into the mouth of Uncle Remus, who was a caricature of a subservient and happy black man, content with his subservient condition.

I tried to persuade Kenan to take the trickster tales and repurpose them. Reframe them, I said, so that current and future generations would have the same benefit of the wisdom that I had found in the Uncle Remus stories.

Kenan did not preach to me about the underlying racism in the Uncle Remus stories. He just smiled, shook his head, and said simply, “I don’t think I want to do that.”

Kenan had multiple other projects that worked better for him. In 1989, he published his first novel, “A Visitation of Spirits.” In 1992 came a collection of short stories, “Let the Dead Bury Their Dead.”

In 1999 he published “Walking on Water: Black American Lives at the Turn of the Twenty-First Century,” a much admired account of his journey to African American communities across America.

A book of his short stories, “If I had Two Wings,” came out just a few
weeks ago.

Most important for him, he had his students at UNC-Chapel Hill to care for.

I liked him best when he wrote about food. In 2016, he edited “Carolina Table: North Carolina Writers on Food,” a beautiful set of essays about food in the South.

His essay in that collection was based on the foods served at funerals in his native Duplin County, specifically what neighbors brought when his great uncle died.

Those four programs are worth watching just to see the cheerful smiling twinkling eyes shining from his dark face.

At another time he could have passed for a younger Uncle Remus, but his wisdom, quiet intensity, and commitment to racial justice always shone through on Bookwatch whether he was asking or answering questions.