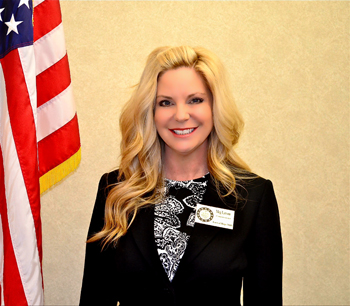 Hope Mills had a banner summer. Our dam won a second prestigious award, our military recruiters were recognized as the best in the nation, four Dixie Youth ball teams won state championships and competed in the World Series, our food truck rodeo and farmers markets continue to grow, our staff played an integral role in the Cut My City campaign, Grandson’s was recognized in Our State Magazine, three sculptures were donated to the town, we formed a Hope Mills Art Council, the Hope Mills lake is once again open for recreation and our fire department achieved an ISO rating of 2, which is practically unheard of in a municipality this small.

What’s not to like about our Hope Mills community?

Well, Commissioner Meg Larson couldn’t find anything positive to say when she appeared on a WFNC local talk radio program Aug. 19. She didn’t mention any of these things. Instead, she continued her attacks on Mayor Jackie Warner while promoting her latest conspiracy theory that Warner is guilty of colluding with Up & Coming Weekly community newspaper publisher Bill Bowman to — ironically — make the town look bad.

Why would he do that?

Larson is no stranger to conspiracy theories. In 2014, long before her stint in politics, her penchant for muckraking led her to believe former-Commissioner Bryan Marley was guilty of a conflict of interest with the town. Larson gathered information, “relevant” ordinances and general statutes and handed them off to the district attorney for investigation. Unfortunately for Larson, he didn’t agree, and Marley was exonerated based on unsubstantiated information.

Not long after, she repeated the same process when she accused former-Commissioner Edwin Deaver of having a conflict of interest with the town. Like Marley, Deaver was exonerated.

In 2018, the newly elected Commissioner Larson began to immediately and privately investigate long-time mayor, Jackie Warner. Larson was convinced the mayor colluded with her son, Teddy Warner, and members of Lone Survivor Foundation by scheming to sell a municipality-owned piece property to the veterans’ organization. As each allegation was investigated, no evidence was found to support such a conspiracy. Eventually the allegations were dropped. By January it was evident Larson wasn’t going to stop the harassment. She convinced the board to hire an outside investigator to determine if there was any wrongdoing by the mayor’s office.

Larson presented the independent investigator with a three-inch binder complete with accusations, printed ordinances and general statutes she wanted him to use in framing the investigation. The investigation concluded four months later at a whopping cost to Hope Mills taxpayers of nearly $30,000 and with the full exoneration of Mayor Warner. The independent investigator delivered the results to the Board of Commissioners in late May and concluded the unfortunate circumstances were caused as a result of “rookie mistakes.”

That was obviously the kindest thing he could say about the situation since the rookies were commissioners Larson, Mike Mitchell and Jessie Bellflowers.

After all this, one might think Larson would be deterred from antics like this and focus to creating policy for the good of Hope Mills and its residents. Not so. By July, she was again making accusations and posting ordinances and statutes, this time declaring one of the candidates for the Board of Commissioners couldn’t hold an official campaign kickoff on municipal property. Again, she was wrong. Town Attorney Dan Hartzog was tasked with making the decision. More wasted time and money.

For most of Hope Mills, it wasn’t a surprise when Larson took to the airwaves last week and started hurling accusations and character assassinations.

Larson began her radio tirade by explaining she ran for office two years ago because she didn’t like the decisions the previous board was making and felt they were wasting taxpayers’ money. It’s ironic since this board just wasted $30,000 on a needless investigation and spent $25,000 on a survey for a “temporary” driveway and parking lot for the golf course.

To date, the board has appropriated a quarter of a million dollars for the Historic Preservation Committee, which has yet to produce anything for the town. Yet Larson vehemently attacks and accuses publisher Bill Bowman of writing articles “retaliating” against the board when they chose to not renew the Up & Coming Weekly newspaper Hope Mills Initiative in 2018. She continues to falsely contend that Bowman expected the town to pay $28,000 a year for “good news” articles that he wanted the board and the staff to write.

Larson also accused Mayor Warner of soliciting me to start a blog for the purpose of discrediting her and the board. Again, ridiculous. I posted a lengthy article on Dec. 5 explaining why I started my blog. In it, I said very clearly that Commissioner Mitchell was using social media to attack Mayor Warner, her son and various staff members. I hadn’t spoken to Jackie Warner in years, but she called me and asked that I watch a video of the meeting. I did watch the video, and I was disgusted by the behavior of Mitchell and Larson. I decided that day to start the blog.

Larson claims the mayor objected when the board wanted to make changes to plans the previous board had already agreed upon. Warner actively encouraged this board to move forward, specifically with Phase II of the lake plan. The previous board worked with the Lake Advisory Committee to choose a design for Phase II. The plans were drafted and paid for. This board simply had to accept a bid and begin the project. Had they done so, the bulkhead and the boardwalk would have been completed prior to summer 2018. But Mitchell delayed the process multiple times, insisting they wait for the newly commissioned Comprehensive Plan. That plan wasn’t delivered to the board until July 2019, costing delays and more money.

Larson spent more than 20 minutes on air during Cumulus WFNC’s “Morning Show” feeding red meat to disc jockey “Goldy” Goldberg, who cannot hide his disdain for Bill Bowman and Up & Coming Weekly. Larson and her accomplice, Goldberg, continue to bash and spread lies about the Hope Mills mayor and other supporting commissioners, Bill Bowman, Up & Coming Weekly, Earl Vaughan and me and other private citizens they accuse of launching a smear campaign against her with the mayor’s help.

In mid-July Larson announced she wouldn’t seek re-election to the board and will instead support Warner’s opponent, Mike Mitchell. She could have used the radio time to expound on Mitchell’s merits and accomplishments or announce his campaign platform. Instead, she used it as another opportunity to bash and discredit Warner, who has consistently beat Mitchell in all his bids for the mayor’s seat.

Perhaps it’s best that Larson, who has mentioned on several occasions that she’s not a politician, chose not to run again. It seems her dislike for the previous board didn’t make her any more motivated or qualified for the job.

Truth to power! We love this town. We are media and take full responsibility for what we say and write. That’s what community newspapers do. It’s also why Goldy doesn’t have Bill Bowman on his show anymore. As Bill would say, “Thanks for reading Up & Coming Weekly.”