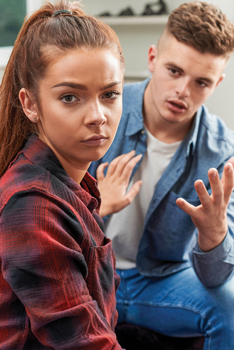 Up & Coming Weekly publisher Bill Bowman approached me almost 20 years ago about writing a regular column for U&CW, and I have been at it ever since. Having a forum for one’s thoughts, opinions, musings and storytelling is a great blessing, and I am grateful. Bill and I are longtime friends, and although we do not always agree on the issues I address, not once in nearly two decades has Bill asked me not to write something or censored a column with which he did not agree.

Some readers, notably grammarians and other English language-loving sticklers, have showered me with laurels, and others, including people with tattoos, have firmly set me straight on why they inked their bodies as personal or cultural statements. Readers comment with some regularity, and I am always interested in feedback, whatever it may be. Most comments have been polite, even when the writers disagree with my take. Some criticism has come with an edge, which is fair game for writers in the public sector. Political columns often generate comment, both positive and negative, and having been around the political block a few times myself, I know how fortunate we are to live in a nation that protects free expression.

Nevertheless, I was blindsided by the invective in this response to a column on presidential pardons. It is quoted exactly as it arrived in my inbox.

“Ms Dickson is a liberal hypocrite of the most repulsive type. President Obama, according to Wikipedia, pardoned more criminals than the last 13 presidents combined, and 330 on his last day in office. Worst of all he pardoned that traitor bradley edward manning who should have been executed for treason..Why didn’t Obama’s pardons bother her? Because she talks out of both sides of her mouth as the hypocrite that she is. Lady, crawl back under your scummy rock and never put pen to paper again, disgusting.”

Talking heads have been pontificating since roughly 2015 on the incivility that seems to have overtaken both public and private discourse in our nation. Walls of silence or wars of words break out among friends and family, creating breaches that will take a long time to heal — if they ever do. Partisan politicians who only a decade ago worked with each other are now afraid to be seen together lest their backers sense a weakening or — heaven forbid! — a compromise.

Not for a moment do I believe Donald Trump, with all his bluster, name-calling and weak relationship with truth, created our incivility singlehandedly. American politics has always been a blood sport and not for the faint of heart. I do think, though, Trump’s harsh words and behaviors have given permission to others, including the author of the email above, to mimic him. Trump has freed people to say things their mothers surely taught them are rude, crude and destructive. What is more, venomous language and behaviors have opened the door for increasingly hateful attitudes towards people perceived as “the other,” including increase incidents of hate crimes.

Bill Bowman and I do agree on one of America’s most significant blessings. In these highly partisan and charged times, we are both profoundly grateful to live in the United States of America, where all of us have a Constitutional right to speak our minds. We also look forward to the day when our nation returns to one of civil discourse.