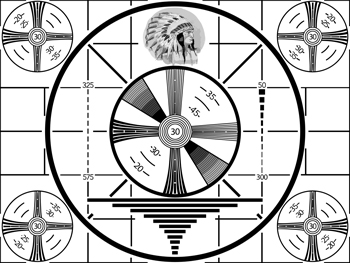 Call me Ishmael. Nope, call me Pollyanna. Or maybe call me a taxi. OK, you’re a taxi. Thanks, I needed that. But I digress. The lesson for today is going to focus on good things that are happening. As you may have noticed, there has been a certain C-word that has dominated the news and your ability to go to the grocery store without feeling you are risking your life to buy milk. If you need more mind-numbing statistics or spooky news of the day, kindly go somewhere else. Today we will look at the good stuff that is happening despite the existence of the C-word cooties.

You have to look around a bit, but there are reasons for optimism. If you are truly bored, you can follow me on Facebook wherein I have undertaken to posting a daily notice of Today’s Good News. Accordingly, I am going to plagiarize myself and steal some of my earlier pieces of fluff, in case you missed them.

For example, the Creature from the Black Lagoon is immune to Coronavirus. This is good news for fans of 1950s black-and-white horror movies. The Creature is alive and well in the Amazon. The Gill Man continues to lurk, waiting for beauteous maidens to venture near his lagoon, which is much less murky now since oil demand dropped.

While everyone was hunkered down sheltering in place, a significant political event occurred that passed unnoticed among the clutter of C-word news. An actual very extremely stable genius announced his dark horse candidacy for president of the United States. Mr. Ed, the Talking Horse announced from his stall that he is running for president. He named Wilbur Post as his vice-presidential choice. For those readers who are not chronologically gifted, I recommend a visit to YouTube, which will acquaint you with Mr. Ed. For older readers, please recall that “A horse is horse/ Of course, of course/ And no one can talk to his horse of course/ That is of course unless the horse is the famous Mr. Ed/ Go right to the source and ask the horse/ He’ll give you the answer that you’ll endorse/ He’s always on a steady course/ Talk to Mr. Ed.” See if you can get that song out of your head before the quarantine ends. I bet you can’t.

Another double plus good thing to be grateful for is that Boy Wonder Jared Kushner is not twins. As Jared seems to be in charge of everything and nothing in the White House, the fact that he is not twins cuts his ability in half to screw things up. Imagine the damage Jared could do if he were twins. It would be a soap opera miracle in that both Jared twins would be the evil twin. Consider the impact of the Winklevoss twins, increase that level exponentially and you would have Jared as twins. The mind boggles.

On a celestial level of good news, two major events stand out. As a result of the C-word Cooties, Mars has called off its attack on Earth. It’s one thing for Martians to brave the music of Slim Whitman, but no self-respecting Martian is willing to subject itself to the C-word, despite their spacesuits and other personal protective equipment.

President Trump is safe from having to tell the Martians: “Why be enemies? Think of how strong we could be — Earth and Mars together. There is nothing we could not accomplish. Think about it. Little people, why can’t we all just get along?” That talk didn’t work out so well for President Jack Nicholson and might not work for our current Dear Leader.

The other cosmic good news comes from 2.37 billion light-years away from our old nemesis, the Andromeda Galaxy. According to Earth’s madcap astrophysicists, the Andromeda Galaxy is scheduled to collide with our very own Milky Way Galaxy a short 4.5 billion years from now. This collision would leave a path of death and destruction on Earth, resulting in the permanent cancellation of all NBA seasons. Fortunately, the Dark Matter in charge of cosmic galactic migration wants no part of the C virus. The Andromeda Galaxy has changed course and is moving away from us. Herein give a big shoutout to Dark Matter.

Finally, last but not least, to keep up the morale of America despite the endless series of talking heads telling us nightmare scenarios as a result of the C-word, the Federal Communications Commission has stepped into the breach. If you watch too much cable news, you will plunge into John Bunyon’s slough of despond in his cheery book “The Pilgrim’s Progress.” For America to stay out of the slough and avoid a Great Psychological Depression, the FCC is going to require all cable systems to carry the Test Pattern Channel. This channel will show the Indian Test Pattern 24hours a day, seven days a week. If you need comfort, switch off the news and watch the Test Pattern channel. You can then party like it’s after midnight in 1958.

Now, don’t you feel better already? Can you say Test Pattern? I knew you could.