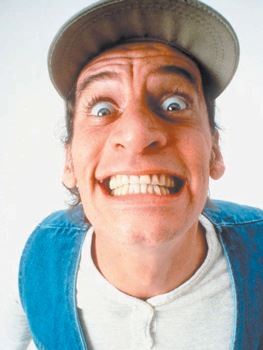 Following in the path of the two Corinthians, here are some more gossamer threads of hope upon which to cling during these highly interesting times. Folklore says the worst curse the ancient Chinese could throw on someone was to wish they live in interesting times. The ancient Chinese may have been right about that, but Chairman Xi and his round-the-clock cover up of Corona Cooties ranks like Avis in a strong second place for misery. But enough about the Chinese Communists. They know who they are.
This stain upon world literature is written about 10 days before it appears in Up & Coming Weekly. Much can happen between the writing and the publication. There’s many a slip between cup and lip. The news of the day when this drivel was extruded was Dear Leader’s retweet of a Tweet with the hashtag #FireFauci. Dr. Fauci had just committed the sin of saying publicly that if the administration had started preparing sooner, fewer people would have died. The over/under on when Fauci will be fired is April 30. I’m taking the under. The good news is the usual uninformed sources report that Fauci will be replaced by that noted epidemiologist, Dr. Ernest P. Worrell, Ph.D. Old-timers may recall that Worrell used to sell Pine State Ice Cream many years ago.

Some people think that because Worrell is deceased that he is not a good replacement to be head of the National Institute of Allergy and Infectious Diseases. Those people would be wrong. Dear Leader prefers a scientist who cannot contradict his magical thoughts of banishing the Corona Cooties by tweet. As Joe Diffie almost sang, “Prop Dr. Worrell up by the juke box even if he’s dead/ Fix him up with a mannequin, just remember he likes blondes/ He’ll be the life of the briefing room, even when he’s dead and gone."

A dead Worrell who will keep his mouth shut and not cause Dear Leader trouble is better than a live Fauci who keeps trying to interject science into Fantasy Land. Consider Ernest’s cinematic accomplishments, which have the common theme of him not knowing what he is doing. Worrell starred in such excellent films as “Ernest Scared Stupid,” “Ernest Saves Christmas,” “Ernest Goes to Jail,” “Ernest Goes to School,” “Slam Dunk Ernest” and “Ernest Rides Again.” As the science advisor to Dear Leader, Ernest’s incompetence is a consummation devoutly to be wished.

To take your mind off being stuck at home, I am once again plagiarizing my Facebook page wherein I post a daily dose of good news. Here are some other happy thoughts for you to ponder as you wait like the Eloi in the movie “The Time Machine” to hear the siren sound the all clear, signifying the Morlocks of Corona have left so you can come blinking out of your homes into the light of a Corona-free world.

Although barbershops and beauty salons are closed, leaving people looking like Cousin It of the “Addams Family,” it doesn’t matter. Due to excess hair, no one will be recognizable. Let the mighty comb-overs begin. Despite the nationwide lack of Corona testing supplies, Granny of the “Beverly Hillbillies” has whipped up a double still full of Granny’s Spring Tonic, which will cure what ails America. Like Roger Miller sang, one swig of Granny’s Spring Tonic and “Chug a lug, chug a lug/ Makes you want to holler hi-de-ho/ Burns your tummy don’t cha know? Chug a lug, chug a lug.”

That is exactly what America needs, something that makes you holler, “Hi-de-ho!” Look for Granny in the far corner of your nearest Walmart parking lot.

Understanding that America has suffered enough, Yoko Ono has vowed not to sing another note until the Corona Cooties have been left behind in the nation’s rearview mirror. Not to be outdone by Yoko, insurance agent Needle Nose Ned Ryerson of “Ground Hog Day” fame has promised not to try to sell any more life insurance policies until Corona is no more. As Ned would say, “Am I right? Am I right?”

Dear Leader has narrowed his choices for Acting Acting Secretary of the Navy to replace the Bozo who fired Captain Brett Crozier of the carrier Theodore Roosevelt to either Captain Crunch or Captain Kangaroo. Either one would be an improvement over former Acting Secretary Thomas Modly, who walked the plank after he fired Crozier and then told the crew of the Roosevelt that Crozier was either stupid or naïve.

Finally, and perhaps the brightest light in the gloom of the Corona forest comes the news that the entire medical crew of the MASH 4077th Unit has come out of retirement and reenlisted in the Army to treat Corona patients. That’s right. Hawkeye, Hot Lips, Radar, Col. Potter, Klinger, Trapper John, Frank Burns and Father Mulcahy are coming back to help our real-life medical heroes and heroines save the lives of Americans despite the danger to themselves.

Heroes still walk among us. Thank you, First Responders. We could not get through this without you.