Up & Coming Weekly recognized by Association of Community Publishers 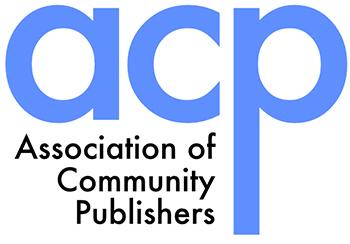 Up & Coming Weekly has been recognized as one of the Best of the Best in the Association of Community Publishers for our entertainment columns, our front pages, best ad series and self-promotion.

The Association of Community Publishers announced on Wednesday, June 8, the winners of the 2022 Best of the Best awards.

"Winning National Newspaper Awards for local journalism, design, and proficient writing and reporting has always been an honor. It's our annual
barometer on how Up & Coming Weekly community newspaper stacks up against other national top-ranking community newspapers. It is also an opportunity for our local writers, editors, and designers to get the national recognition they deserve," Publisher Bill Bowman said.

The Association of Community Publishers represents community publications from coast to coast, reaching millions of homes on a weekly, biweekly or monthly basis.

These publications are united in providing the best advertising coverage to their clients and valuable advertising information to their strong and loyal readership base.

The federal indictment alleges that 63-year-old Gay Cameron Tucker embezzled more than $560,000 from the Town of Spring Lake during her tenure as finance director and accounting technician for the town. The indictment further alleges that Tucker carried out the embezzlement through fraudulent checks containing forged signatures of the mayor and town manager.

“City government officials are entrusted to spend taxpayer funds on public needs – not their own,” United States Attorney Michael Easley stated in the press release. “Our prosecutors and law enforcement partners are committed to vigorously investigating all allegations of public corruption.”

This arrest comes after the Office of the State Auditor released its final report into allegations of the misuse of funds in Spring Lake.

The indictment states that after receiving the town’s money into her bank account, Tucker used the funds for her interests. Those interests included rent, personal living expenses, cash withdrawals and money transfers to individuals.

Tucker has been released without bail.

She is being charged with one count of embezzlement from a Local Government Receiving Federal Funds, four counts of Bank Fraud, and two counts of Aggravated Identity Theft. 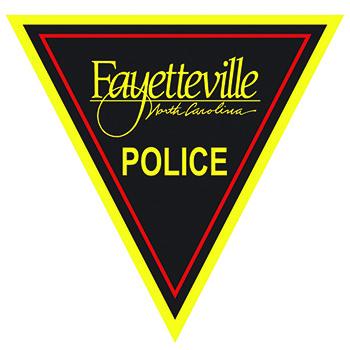 The Fayetteville Police Department went to Puerto Rico for several days to recruit 25 new officers — costing the city more than $20,000.

The FPD, as well as many police agencies nearby, have several vacancies. This makes the job of current officers more difficult. Several incentives have been added to help attract potential recruits, including higher wages, signing bonuses, education incentives and relocation reimbursements.

The agency is also looking at other police departments to see if experienced officers would like a job with them. One place that is becoming a popular site for police recruitment is Puerto Rico. The FPD isn’t the only police agency to find recruits in Puerto Rico. The North Charleston Police Department in South Carolina has recently sworn in three out of ten incoming officers from the island as part of a partnership with the University of Puerto Rico.

According to Fayetteville Police Chief Gina Hawkins, the U.S. island territory’s pension system for its police officers does not compare with the retirement and benefits provided by the FPD. Last year, officers went on strike to demand a better public pension plan. The Puerto Rico Police Officers do not receive Social Security or health insurance upon retirement, obtaining only 30% to 40% of their salary.

$4,989.63 was spent at Publi-Inversiones Puerto Rico, the owner of the daily newspaper, El Vocero. It is a free Puerto Rican newspaper that is published in San Juan. FPD ran several advertisements from March 16 to April 5 in the El Vocero. The ad on Facebook received 537 reactions, 476 shares and 160 comments.

Applicants had to be at least 20.5 years of age, have a driver’s license, have an acceptable driving record, have a high school diploma, and be fluent in English. Those that passed the exams will have to travel to North Carolina to take the Police Officer Physical Abilities Test, the Computer Voice Stress Analyzer, the Medical and Psychological Testing and pass an interview with Hawkins.

Sixty people applied during the recruiting event. Hawkins told Up & Coming Weekly that 25 of those applicants passed the entry test. That means that the FPD, and the city, spent $825.07 to recruit one applicant from Puerto Rico.

However, Hawkins told Up & Coming Weekly that the recruiting event was worth it.

“What’s the cost of going without an officer?” she asked. “How much money is spent on overtime when we are short 50 officers?”

Up & Coming Weekly reached out to FPD about the price totals and when the recruits will be expected to start but have not received a reply at the time of publication.

The Cumberland County Sheriff’s Office Narcotics Unit on Monday executed a search warrant on Clinton road and seized rifles, money, over 50 pounds of marijuana and various THC products, including edibles.

The search was conducted Monday morning at 9095 Clinton Road, Autryville. Agents seized four rifles, over $28,000, pills, two sets of body armor, hundreds of rounds of assorted ammunition, over 50 pounds of marijuana and 500 various THC products, including edibles, vapes, hash, and wax resin, the Sheriff’s Office said in a release.

Jon Alan Davis, 37, was charged with drug offenses, including two counts of trafficking in marijuana and one count each of possession of marijuana, maintaining a vehicle and dwelling for a controlled substance and possession of a firearm by a felon, the release said.

Municipal employees would be paid a minimum of $15 an hour as a result of additions to the proposed 2022-23 budget approved by the Fayetteville City Council on Thursday night.

The eight additions would increase the budget by a total of $899,000.

In its third budget work session, the council spent much of the time discussing specific items that members want to see incorporated into the budget.

The additions would be the only changes to the $248.25 million budget recommended by City Manager Doug Hewett. The property tax rate would remain at 49.95 cents per $100 valuation.

“It will not change,” said Kelly Olivera, the budget and evaluation director for the city.

A public hearing on the budget will be held during the council’s next meeting at 7 p.m. Monday at City Hall.

“They’re not extensive by any search of the imagination. They’re reasonable,” Olivera said of the additional expenditures.

Most will be paid for from the fund balance, a kind of savings account.

The items that were added by a consensus vote of the council include:
● $15 an hour pay for all city employees, including seasonal part-time workers. That will add an outlay of $484,000.
● A multipurpose indoor sports facility in partnership with an existing facility.
● Resurfacing the walking trail at Lake Rim Park for $35,000.
● Outdoor basketball courts that have already been funded.
● $100,000 for a “next generation” workforce initiative. The city will pursue partnerships with schools and businesses to provide training and job opportunities for students and others to learn skills for jobs in demand.
● An additional $200,000 for micro-grants for at-risk youth programs, doubling that allocation. The grants would range from $1,000 to $5,000. Community groups will be able to submit ideas to the city for funding. The increase is meant to allow for bigger initiatives.
● $30,000 for neighborhood signage, a project added to a community beautification initiative that had already been allocated $20,000.
● $50,000 for a concierge program intended to add security to the downtown area.

“That environment is not good,” Colvin said. “We have a bad environment down there. ... It is bad down there after the (baseball) games.”

He said visitors to downtown are being solicited for money by homeless people and others, which puts a blight on the city.

Left off the list of consensus budget items were gunshot detection technology, a $260,000 outlay that will be covered by money from the American Rescue Plan; financing a makerspace and the Sherwood Road recreation center; a beautification plan for the Bonnie Doone neighborhood; and homelessness and affordable-housing programs that also will be funded by the American Rescue Plan.