Recycle and reduce waste for the holidays 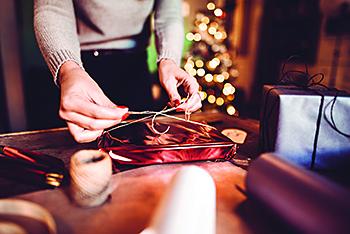 The holiday season is a special time of year. Individuals often spend a little more on gifts, indulge a little more on rich foods and treats and make a concerted effort to enjoy more time with their loved ones during the holidays.

However, the tendency to overdo things during the holiday season can create a lot of waste. In fact, Americans produce 25% more garbage from Thanksgiving through the end of the year, according to Waste

Advantage magazine, a publication of the waste and recycling industry. That uptick equates to one million tons of extra trash per week throughout the holidays.

Extra food, plastic and paper waste is generated this time of year, but people can be mindful of the potential to go overboard and take some steps to be more waste-conscious as they entertain.

Waste can get out of control during the holidays, but there are ways to tame the excess.

USASOC Command Sgt. Maj. Weimer selected as the next Sgt. Maj. of the Army 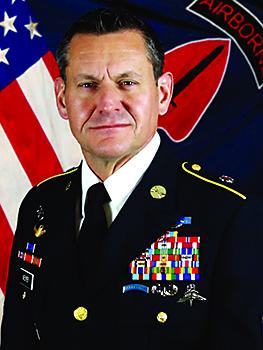 Chief of Staff of the Army Gen. James C. McConville announced that Command Sgt. Maj. Michael R. Weimer will serve as the 17th Sergeant Major of the Army.

The announcement came during closing comments at the Army Profession Forum held in Alexandria, Virginia, Dec. 7-8.

“When I joined the Army in 1993, I never would have thought I’d make it this far,” Weimer said. “It’s an absolute honor to be selected as the next Sergeant Major of the Army, and I’m looking forward to continuing to serve our incredible soldiers and their families.”

Until August, Weimer will continue to serve as the senior enlisted leader of the U.S. Army Special Operations Command at Fort Bragg.

“Right now, I want to make sure that the soldiers and families at USASOC have what they need to take care of their people and sustain readiness,” Weimer said.

“I’m not looking ahead, just focusing on the task at hand,” he said.

Weimer joined the Army in 1993 and successfully completed Special Forces Assessment and Selection in 1994. He completed the Special Forces Weapons Sergeant Course and earned his Green Beret in 1996 and has served more than 20 years within Army Special Operations.
He served numerous overseas tours in the U.S. Central and U.S. Southern Command areas, as well as other global missions. Weimer is a graduate of Norwich University, where he earned a Bachelor of Science in Strategic Studies and Defense Analysis.

His awards and decorations include a number of valor awards: the Defense Superior Service Medal with C device, two Bronze Star Medals with V devices, and the Joint Commendation Medal with V device. Weimer has also received the Purple Heart, denoting injury in combat.

For more information about the Sergeant Major of the Army visit www.army.mil/leaders/sma/bio/. To learn more about U.S. Army Special Operations Command visit www.soc.mil/USASOCHQ/USASOCHQ.html. 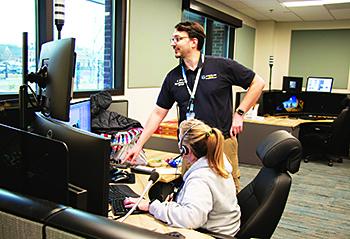 The transition of 911 telecommunications from its previous location in the Cumberland County Law Enforcement Center downtown was seamless and without interruption, according to a County media release.

“This is an exciting moment for Cumberland County as we transition to this new facility and dramatically enhance the work environment of our Emergency Services staff, and ultimately the level of service our

Emergency Services Department and 9-1-1 Center are able to provide for our citizens in their time of need,” said Cumberland County Commissioners Chairwoman Toni Stewart.

“This has been a priority for the Cumberland County Board of Commissioners dating back to Hurricanes Matthew and Florence, and I am thrilled this day has finally arrived.”

“This is a historic day for Cumberland County Emergency Services for a number of reasons,” said Telecommunications Manager Adam Johnson.

“All our technology was in place and it was a smooth transition with lots of planning and practice to make sure today would kick off smoothly,” he said.

In late 2018, the County purchased the building at 500 Executive Place to be renovated and upgraded to serve as the new Emergency Services Center.
The new 911 Call Center has greatly expanded space with live training rooms and room for growth.

The new center features next generation 911 equipment, including a phone system with text-to-911 capability. It also allows for rapid call routing to other 911 centers in the event the facility must be evacuated.
In addition, the audio-visual system has been designed to allow for maximum communication and flexibility, which is integral to emergency management and response.

“We had long outgrown the space we had in the LEC,” Johnson said. “We started with humble beginnings to serve the public and rapidly grew the size of our staff and the services we offered the public. This new facility will allow our amazing team of Telecommunicators and support staff to flourish.”

Cumberland County upholds the rigorous and industry-leading standards required to be a triple Accredited Center of Excellence through the International Academies of Emergency Dispatch. Text to 911.

Calling is the best and fastest way to reach 911, but it is possible to receive emergency assistance by text to 911. You may consider text to 911 if:

A shooting Sunday night, Dec. 11 left one man dead and a juvenile in critical condition, the Fayetteville Police Department said.

Officers were dispatched to the 6400 block of Independence Place Drive for reports of shots fired just before 11:30 p.m., police said in a release.

When officers arrived, they found a man and a juvenile in a truck.

The man was taken to the hospital, where he was pronounced dead, police said in the release.

Police on Monday identified the man as 27-year-old Bishop Rhone.

The juvenile is in critical condition, police said.

This was the third fatal shooting in the city over the weekend.

Two people were killed in separate shootings Saturday. A woman died in a shooting on Lonestar Road, and a man died after a shooting on Cude Street.

Having won city voters’ approval to issue $97 million in bonds to address infrastructure, housing and public safety concerns, the Fayetteville City Council on Dec. 12 began planning exactly how the money will be spent.

The council on Monday night heard a presentation by city administrators about the next steps in the bond projects that voters passed in the November election.
The administrators were seeking input and guidance from council members.

“We have three working groups that we have created in connection with these three projects,” Assistant City Manager Adam Lindsay said.

“That was a 67% approval, which was the highest,” she said of the election results. “We want to thank the community for speaking and their vote of confidence in us in delivering.

Plans are to spend $15 million on street resurfacing based on a 2022 survey.

“We plan to bring to this council in approximately February the streets that we anticipate resurfacing,” Thomas-Ambat said. “And those streets will be selected from the 2022 pavement condition survey. We estimate a total of 63 miles of city streets that will be resurfaced.”

Thomas-Ambat said the improvements will be a full resurfacing and the city will not use preservation methods that have previously been discussed with the council.

The resurfacing is expected to take three years, she said.
Lee Jernigan, the city’s traffic engineer, then spoke about the $8 million in sidewalks, bike lanes and intersection improvements that are part of the infrastructure package.

“Currently, what we proposed would be selected from council’s adopted pedestrian plan and some projects that were already located in the council’s five-year capital improvement plans,” Jernigan said.

That would include about 14.5 miles of sidewalks, he said.

“And just to inform folks on how (we) determined the methodology for selection, it was basically connectivity, and you can see that included schools, commercial centers and public facilities. Safety and constructability were also a component because, obviously, some things are easier to build than others and less costly.”

The bond package included roughly $1.25 million for Intersection improvement projects, but some of those have been paid for with federal and state funding. Jernigan said the council could chose to reassign that funding or identify additional intersections for improvements.
Chris Cauley, the city’s economic and community development director, then discussed plans for the housing bond funding.

“These projects that we’re looking at doing that are a little bit out of the box from what we’ve been doing the last 20 years, they’re going to cost $4 million to $5 million in gap financing from the city. So this lets us take advantage of a couple of those projects we’ve never really had the ability to secure before and bring those here.”

Gap financing is financial assistance in the form of a loan to cover a gap in time, funding or negotiations.
The plan includes single-family homes, Cauley said.

“We’ll be looking for a development partner to help us build some modest homes for folks to move into, especially new families and early professionals,” he said. “This would be like construction financing and helping if there’s a gap between the appraised value of the home and what the home actually cost to build. Because sometimes when you’re building a modest home, that could be a challenge, depending on the location.”

Portions of the bond money also have been earmarked for housing rehabilitation and down payment assistance, he said.
Cauley said the city staff will report back to the council in February to help explain “this very complex stuff a little bit better.”

With that, Rob Stone, the city’s construction management director, briefly discussed the $60 million in public safety improvement bonds.
The priority for the Fayetteville Police Department is a proposed 911 call center. For the Fire Department, it’s three fire stations: Nos. 16, 9 and 2.

“These were brought forth from the 2019 study for public safety and also discussion with the Fire Department and Police Department as prioritized items,” Stone said. “What we’re looking for is — again, with the council consensus of project prioritization — is to what the council is looking for with this bond. The big item is the 911 center.”

He anticipates presenting more specific plans to the City Council in March or April, he said.