Battlefield communications are up 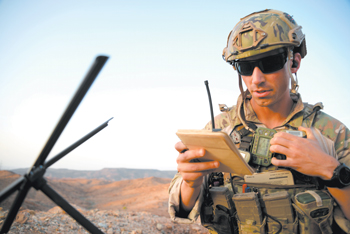 Army soldiers want network communications on the battlefield that can connect at any time, from any place, is secure and reliable.

The Army’s modernization effort is delivering new radios, applications, satellite terminals and cross banding solutions to allow coalition partners to better share information with the troops. All American Division soldiers are at the forefront of this modernization effort, which is called Capability Set 21 and the Integrated Tactical Network.

For more than a year, 82nd Airborne leadership and soldiers have been testing and evaluating new network gear and have provided feedback to help shape technology across the Army.

Feedback from Fort Bragg soldiers has helped the Army prioritize units which will receive new network kits starting in 2021. 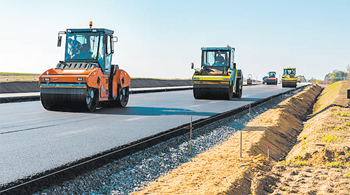 The N.C. Department of Transportation has begun distributing $132.7 million in street aid to municipalities. Also known as Powell Bill funds, 508 municipalities will receive funding. Half of the allocation went out last week. The other half will be paid by Jan. 1.

The Powell Bill statute requires municipalities to use the money primarily for street resurfacing, but it can also be used for the construction and maintenance of roads, bridges, drainage systems, sidewalks and greenways.

The amount each city receives is determined from an established formula, with 75% of the funds based on population, and 25 percent based on the mileage of locally maintained streets. Charlotte receives $13.7 million based on its population of 863,985. Fayetteville is receiving $4.9 million. 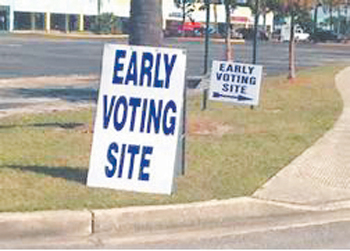 During early voting, Fayetteville area voters may cast ballots at any early voting site in Cumberland County. This is different from Election Day, when registered voters must vote at their assigned precincts.

Voting sites and schedules change for each election and are only available through the search tool once finalized.

To see the voting equipment Cumberland County uses for one-stop early voting, go to https://www.ncsbe.gov/voting/voting-equipment, and check the map for “One-Stop Early Voting Equipment, by County.” 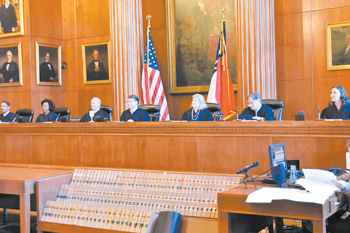 The North Carolina Supreme Court has ruled that three death row inmates will have their sentences reduced to life in prison through the state’s now-defunct Racial Justice Act.

The 2009 law allowed death row inmates to go through an appeal process to receive life without parole if they could prove racial bias was a significant factor in their original death sentences. The law was repealed in 2013.

Walters, who led a Fayetteville street gang, was convicted of the 1998 murders of 18-year-old Tracy Lambert and 21-year-old Susan Moore and the attempted murder of Debra Cheeseborough.

Superior Court Judge Gregory Weeks, in 2012, cited a “wealth of evidence” of racially biased jury selection in all three cases.

A shocking increase in Army suicides 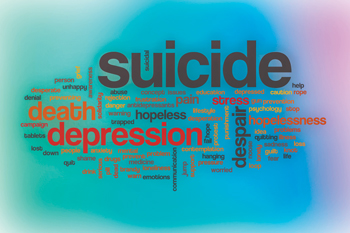 Senior Army leaders say they have seen a 30% increase in active duty suicides so far this year.

Army officials said discussions in Defense Department briefings indicate there has been a 20% jump in overall military suicides this year. The numbers vary by service. The Army’s 30% spike, from 88 last year to 114 this year pushes the total up because it’s the largest service. Fort Bragg’s 82nd Airborne Division has endured 10 suicides so far this year, a number that stood at four during the corresponding period last year.

In 2018, six paratroopers in the division took their own lives; four did so in 2017. Maj. Gen. Christopher Donahue, who assumed command of the 82nd in July, believes forced periods of isolation and other stressors caused by the COVID-19 pandemic have been major factors.

“There is absolutely a stigma that’s out there,” Donahue said. “And if we don’t acknowledge that, we’re lying.”

The increase has pushed Donahue to make suicide prevention a priority and a frequent topic of conversation within his ranks. James Helis, director of the Army’s resilience programs, said virus-related isolation, financial disruptions and loss of childcare all happening at the same time has strained troops and their families.

“We know that the measures we took to mitigate and prevent the spread of COVID could amplify some of the factors that could lead to suicide,” said Helis. Army leaders also said troops have been under pressure for nearly two decades of war and that deployments compounded by the virus have taken a toll.